STIR/SHAKEN, or SHAKEN/STIR, is a technology framework consisting of a suite of protocols designed to reduce fraudulent robocalls and illegal phone number spoofing. Phone number spoofing is used by robocallers to mask their identity and make it appear as if a call is coming from a more familiar source like a nearby phone number with the same area code, or even from a known source like the IRS, in an attempt to get people to divulge personal information.

STIR stands for Secure Telephony Identity Revisited, a working group within the Internet Engineering Task Force. STIR has developed the standards used to digitally sign and verify calls in phone networks. SHAKEN, which is short for Signature-based Handling of Asserted information using toKENs, details how the standards are to be deployed by telecommunications service providers in their networks, and it specifies how to handle calls that have missing or incorrect authentication.

When a call is placed, the Caller ID, or the phone number from which the call is initiated, is examined by the caller’s service provider to determine the ownership of the phone number and the trust level of the caller. The provider uses this information to construct an “Identity” header, an encrypted string containing the Destination Phone Number, the Caller ID, an Origination Identifier, and an Attestation trust score. This Identity header is digitally signed with the provider’s private key and attached to the outbound request that initiates a phone call with the receiving party (SIP INVITE). The software on the receiving end can then use Public Key Infrastructure (PKI) technology to verify the Identity header and ensure the authenticity of the call. Using this process, STIR/SHAKEN technology enables the party receiving the call to have assurance that the caller’s phone number is accurate and has not been spoofed. 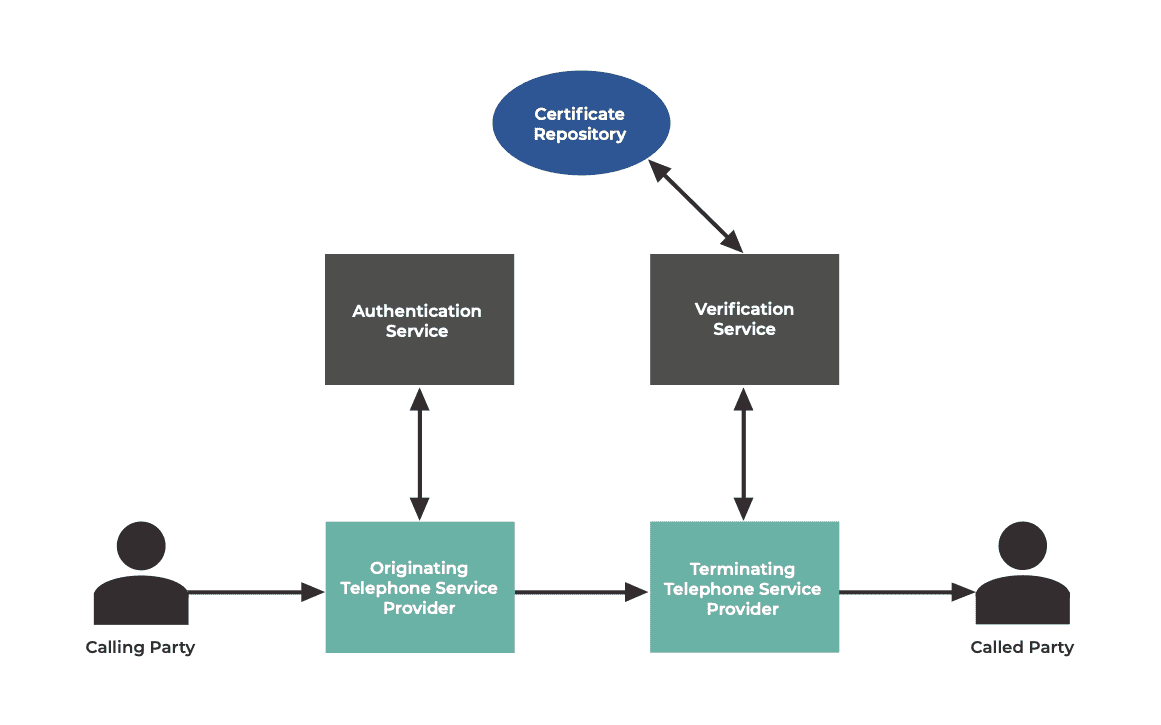 Many consumers today are all too familiar with receiving frequent scam calls. Scammers’ tactics have become more sophisticated over the years, and they know that spoofing with a phone number that is similar to the person they are trying to reach increases the chances that the call will be answered.

An FCC report released at the beginning of 2019 predicted that nearly half of the calls made to US cell phones that year would be spam. Despite laws made to try to combat fraud and protect people on the national Do Not Call Registry, these calls have risen in recent years. Many people have fallen victim to scams, disclosing personal information and even sending money to the fraudsters. Since legislation alone has not been enough to crack down on this issue, the FCC encouraged the telecommunications industry to build their own solution, resulting in the creation of STIR/SHAKEN.

The hope is that once implemented, STIR/SHAKEN will help to restore trust in voice communications, giving consumers more peace of mind when it comes to answering incoming calls. Both the FCC and the Canadian Radio-television and Telecommunications Commission are requiring all service providers to use STIR/SHAKEN protocols by June 30, 2021.

We understand the importance of combating fraudulent calls and preventing innocent people from falling victim to phone scams. The telecom industry has a responsibility to do everything in its power to fight this issue so that consumers can feel more protected. Here at Voxology, we are proudly participating in this initiative and are working to deploy STIR/SHAKEN in advance of the deadline. Safe and secure communications are essential to us, and as a CPaaS that believes that communication matters, we are excited to do our part.